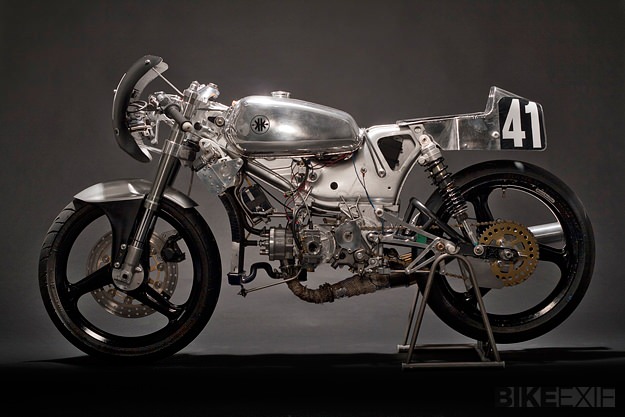 There’s a beauty in the stripped-down aesthetics of a pure racing motorcycle. Especially one hewn from metal, and unadorned with dayglo sponsor logos. This circa-1980 Kreidler RMC belongs to Dutchman Edwin Sweers, who bought it when he turned 16 years old in 1985. It now puts out an extraordinary 19 hp at 13,500 rpm: the equivalent of a liter-bike putting out almost 400 hp.

Sweers used his German-made Kreidler on the road for a couple of years before preparing it for the Dutch 50cc road racing class. By 2010, the bike was scoring class wins. 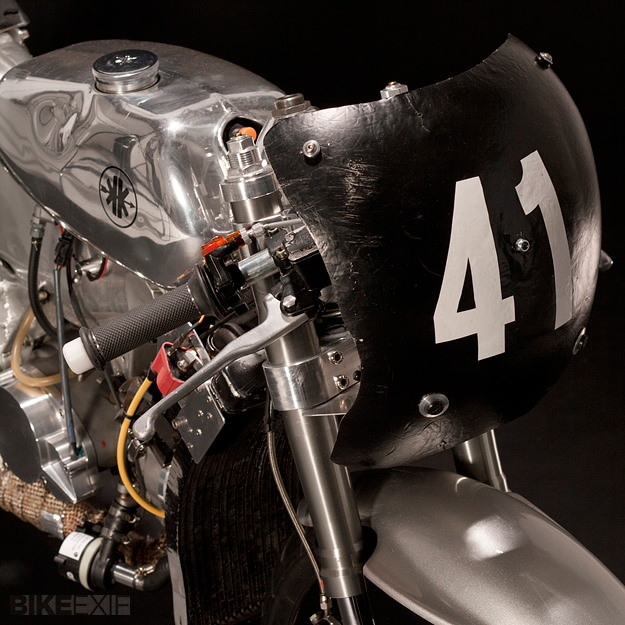 “Two stroke tuning turned out to be an endless occupation for me,” he says. “But the chassis was never able to match the modern bikes in its class—it fails on stiffness.” On this highly tuned machine, now retired, the wheels and front suspension are from a Honda RS125 and the rear suspension is from Öhlins. 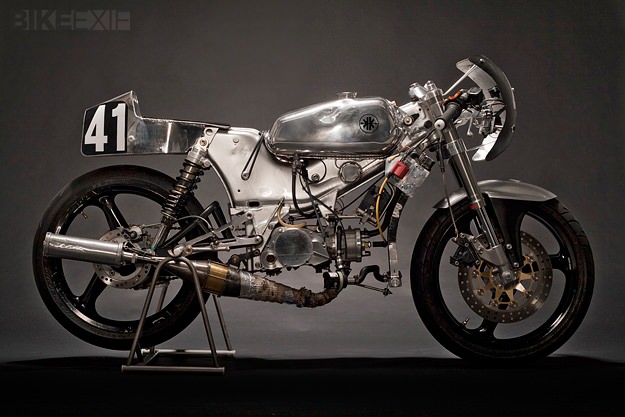 Kreidler did not change their crankcases or the steel-plate frame after 1972, and those are now the only unmolested parts still in use on the bike. The crankcases have been welded up and machined to take a 6-speed gearbox, and the water-cooled cylinder is from a modern Derbi. A programmable ignition system also controls the speed shifter. Sweers has built a custom exhaust system from five separate sections, which he can modify to test for maximum performance. 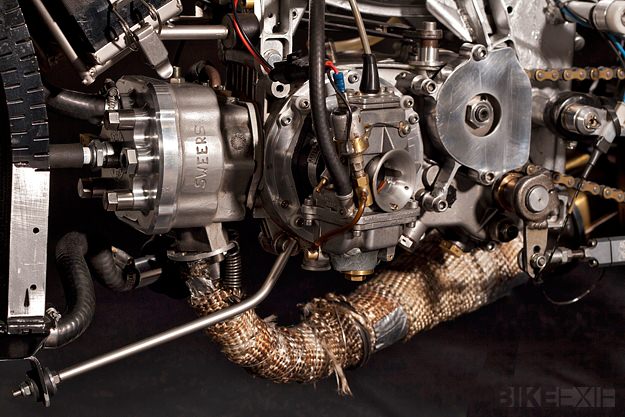 “The rpm limiter comes in at 15,000,” he reports. “I do the testing on a dyno bench that I built at the back of my house. The sound is mostly indoors, and I shield my neighbors from the blue smoke that comes out of the exhaust …” 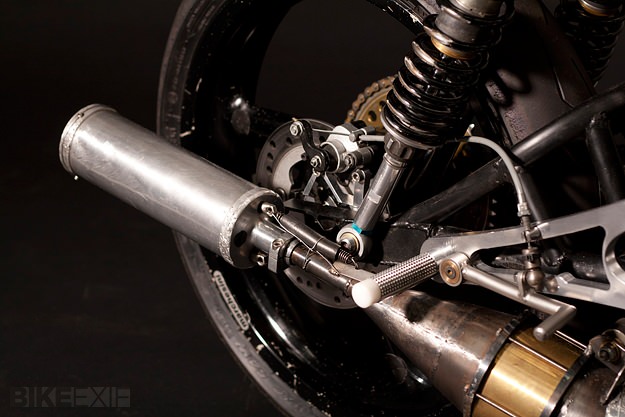 The dents and scratches? “Leftovers from a hard life on the circuit,” says Sweers. And yes, there’s pipewrap too … 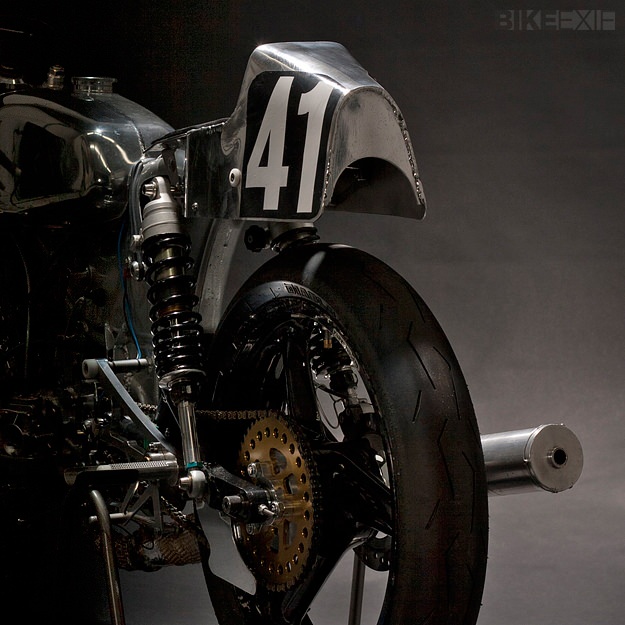 Can you imagine a 50cc racing bike with no shiny decals and sponsor logos on it? If you're having trouble picturing such a weird contraption, we introduce to you the Kreidler RMC, customized and ridden to many victories by Dutch Edwin Sweers.

Sweers admits the old Kreidler chassis has nothing in common with modern-day small-displacement bikes as it lacks the needed stiffness... and with all the tuning the 2-stroke Derbi engine got, things are even more amiss.

The bike is now retired, but it still delivers 19 hp, which for a 50cc machine is ridiculously high power. The 5-piece exhaust and tweakable ignition means almost an endless chase for the best performance, but Sweers has already proven the old Kreidler can win.

With a 6-speed gearbox, Honda RS125 fork and an Öhlins rear shock, Sweers' Kreidler RMC went where no other similar bike dared. And all with no sponsor logos and no decals. 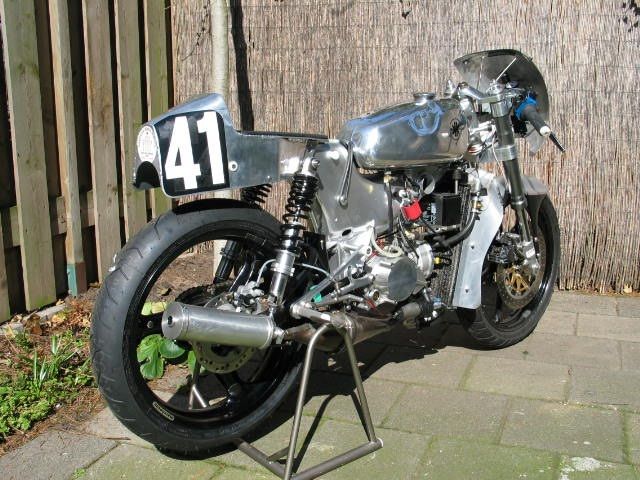 Is it possible that 50 cc racing bike was brilliant without decals and stickers sponsors? The answer to this question is simple, if you look at the motorcycle Kreidler RMC, which is striking in its flawless metallic beauty. Kreidler RMC Racer was reworked by Dutch master and motorcycle racer Edwin Sweers.

Edwin bought a motorcycle Kreidler RMC in 1985, when he was only 16 years old. Now 50-cc motorcycle engine produces 19 hp at 13 500 r / min (maximum speed – 15 000), equivalent to almost get liter 400 hp.
For several years Edwin old German riding a motorcycle on DOPam, but then altered it into a racing bike to participate in the Dutch series. In 2010, he achieved the first victory.

Despite the many alterations, chassis design was archaic, while the front suspension borrowed from the motorcycle Honda RS125, while the rear bumper installed Öhlins. In fact, the crankcase and the steel frame remained from the original motorcycle. On the other side of the crankcase was slightly redesigned to establish a six-speed gearbox and cylinder cooling water from a modern motorcycle Derbi. Edwin also uses electronic ignition and custom exhaust system, which consists of five interchangeable parts, so you can experiment to achieve maximum performance. 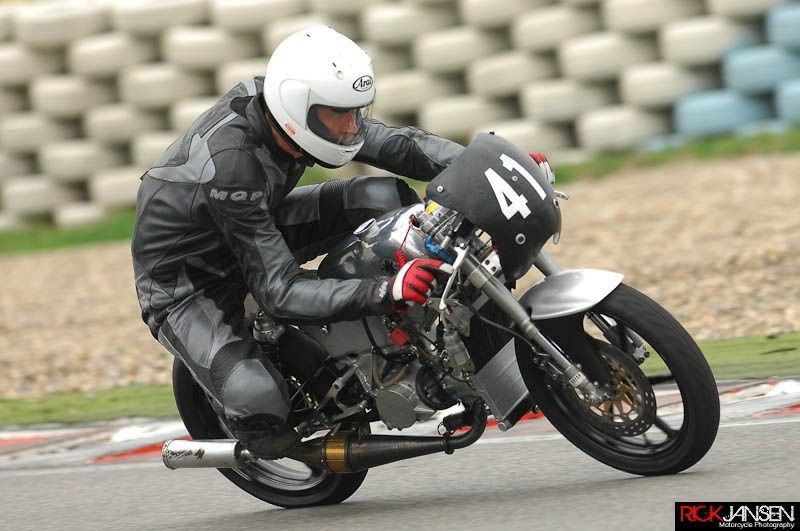 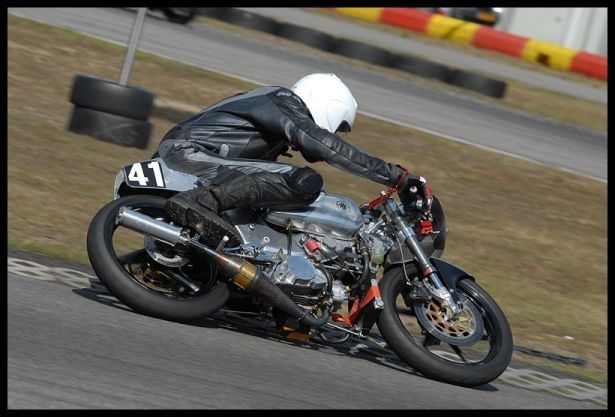 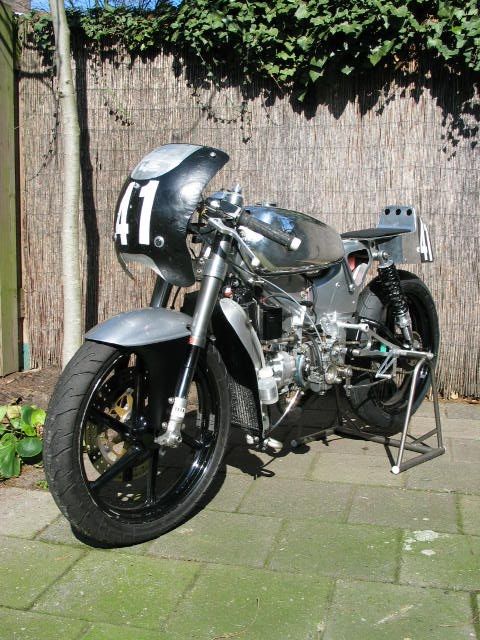 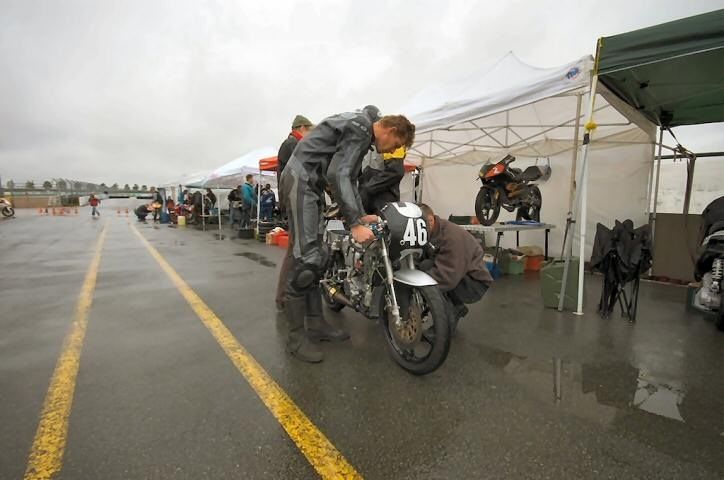 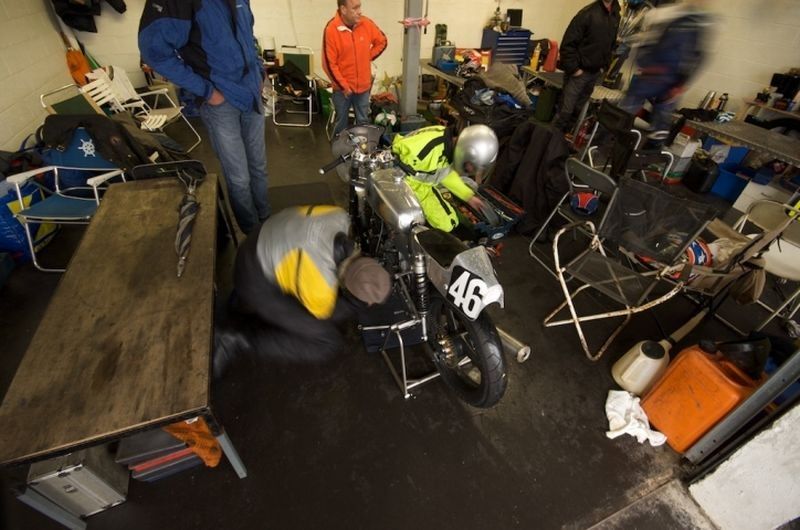 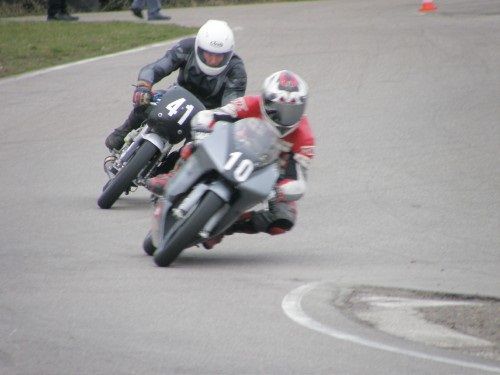